The Guardian Newspaper, a major UK news organisation, has published an article reporting on the increasing pressure for the UK Jehovah’s Witnesses to undergo official investigation for their failure to deal with internal accusations and instances of child abuse.

The article, by journalist Sarah Marsh, reports that IICSA (Independent Inquiry into Child Sexual Abuse) which is the official UK Government investigation into institutional responses to child sex abuse, has been contacted by a significant number of survivors of sex abuse inside the Jehovah’s Witnesses, as well as a number of Members of UK Parliament.

IICSA had previously indicated that, despite the horrifying scale of the JW Child abuse crisis uncovered by the landmark Case Study 29 of the Australian Royal Commission in 2015, it may not be investigating the JW organisation in the UK, despite the UK arm of the religion using the identical policies that had been the cause of the crisis in Australia.

However, since this indication, pressure on IICSA has clearly been growing, not only from a sizeable number of survivors of abuse inside the religion coming forward to tell their story, but from other quarters as well.

Alex Chalk, Conservative MP for Cheltenham, is quoted as saying;

“I am waiting to hear back from IICSA and depending on what they say, I am planning to raise the issue in parliament and seek a backbench debate on it. I am not prepared to see this rest, not least because if we are going to drain the swamp it would be a huge missed opportunity not to deal with this [the Jehovah Witness abuse allegations] at same time of other aspects … it would be regrettable unfinished business.”

The article also quotes Solicitor Kathleen Hallisey, who has successfully represented survivors of abuse inside the Jehovah’s Witnesses in court, is also quoted as saying;

“The Jehovah’s Witnesses refuse to recognise the issue of child abuse in their organisation or to create robust safeguarding procedures to protect children. An investigation by IICSA into the Jehovah’s Witnesses is an opportunity for the inquiry to effect real change in an organisation that refuses to shine a light on child abuse and protect children.”

I strongly recommend the article as it gives a detailed breakdown of the growing swell of public and political concern surrounding the conduct of The Watchtower Bible and Tract Society in this area.

However, this is not all.

The Guardian launches a call to arms over JW Child Sex Abuse. The Guardian have launched a site for survivors of JW child sex abuse in the UK to share their experiences.

You can do this anonymously if you so wish.

The paper is clearly looking to carry out a major expose of Watchtower and build public awareness of this issue; the kind of public awareness that would cause IICSA to add the Jehovah’s Witnesses to its investigation, and cause the UK Parliament to debate the problem.

Similar media exposure and public pressure in the Netherlands is currently causing the Dutch government to urgently investigate Watchtower, as we reported earlier, in part thanks to the efforts of brave survivors telling their stories through the Reclaimed Voices foundation. The same can be accomplished in the UK.

Again, the site is here. Please share it far and wide, and if you are a survivor of abuse in the UK, please carefully consider if this is something you feel is suitable for you. Know that whatever you decide to do is the right decision, but if you feel that you would like to tell your story, be assured that the Guardian is a very reputable and trusted news organisation with a huge reach, and will handle your story in a responsible and ethical way. 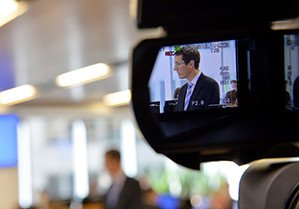