The well-worn phrases which suggest that Jehovah will bless the efforts of devout witnesses don’t bear scrutiny. Dig deep and you’ll find that the small pool of blessings on offer not only come with strings attached but can also be found by secular means.
So, whilst the carrots on offer are few, the sticks aren’t.

The ultimate stick being used by Watchtower is shunning; a self-serving and contrived punishment, reserved for those who have left the organisation, either by choice or by expulsion. It’s cruel, damaging and in a few cases, lethal.

Marking or ‘disfellowshipping lite’, neatly fills the gap where punishment can be meted out when the offence isn’t sufficient for expulsion but justice, in the eyes of the congregation, has to be seen to be done.

This form of punishment is reserved for offences where disfellowshipping can’t be used but where at least some, if not most, of the congregation is aware of the offence. It takes the form of a talk, usually shortly after general gossip of the “sinner” around the congregation, titillating the small minded and embarrasses the offender.

Marking, as Watchtower undoubtedly realises, is not only a marvellous way of humiliating members, but a means of inducing dread in those in attendance. It’s the stick that keeps on giving and a win-win for the organisation – and here’s where it really keeps on giving.

The mortified recipient of this loving arrangement has now to suffer being snubbed by his family and friends.

The Reddit post which prompted this article related the personal experiences of many who had been marked and the results it had on them; spoiler alert, not good.

User cafenegroporfavor relates their own marking experience.
“I was marked with a marking talk, I was 16 and going through my parent’s divorce. Thanks to that talk, everyone, even my “friends” turned their back on me when I needed them the most. I was marked for “flirting” with a worldly kid, he was my friend supporting me in hard times, and the elders decided a worldly friend was enough for a marking talk. That episode resulted in PTSD and some more mental health issues.”

This is as much a condemnation here on the practice as on the ability of elders to deal with issues surrounding mental health.

User CraniumFuzz, talks about being marked for divorcing an unfaithful husband.
“I was marked for my now Ex-Husbands infidelity. Had I kept up my RP hours while dealing with a scandalously public divorce, obliged every inappropriate caress from “Oh-so-loving” Elders, and not sought out support from a qualified Therapist for abuse and C-PTSD, perhaps I could have been spared the humiliation of Reputation Assassination (at the musings of slanderous cohorts hell-bent on “Defamation of Character”).

Universally the experiences mentioned by other users spoke of the result being worse than the offence to the extent where being marked was a deciding factor in their leaving the religion. Clearly there’s no humanity in an exercise which is designed to isolate another human whilst trampling on their dignity.

The scriptural precedent for marking at 2 Thessalonians 3 is very fluid:
“We are giving you orders, brothers, in the name of the Lord Jesus Christ, to withdraw from every brother walking disorderly and not according to the tradition you received from us. For your part, brothers, do not give up in doing right. But if anyone is not obedient to our word through this letter, keep this one marked, stop associating with him, that he may become ashamed. And yet do not be considering him as an enemy, but continue admonishing him as a brother.” (NWT)

This scripture was part of a reply in a Questions from Readers who asked if they could personally mark someone if they felt it was deserved. The scriptures are woolly in detail and provide an all-round moveable feast. What constitutes “walking disorderly”? The Shepherd the Flock manual provides the example of someone dating a worldly person.

It’s not unreasonable to ask why the entire marking policy is assigned to the elders. Paul’s letter is to the congregation, not the elders at Thessalonica, and suggests that marking is done at a personal level and is not a congregation matter.

This misinterpretation is further compounded by the suggestion that removing this stigma is done by the elders who are invited to resume associating thus signalling approval to the rest of the congregation – but this acceptance of the offender’s repentance doesn’t need to be unanimous:

“If the disorderly one is moved to change, the elders can individually decide to resume personally socializing with him . . .” meaning that half the elders can continue shunning the offender whilst the other half take them down the pub for a swift pint after the meeting. A confused congregation can now lift the marking based on which elder is your favourite.

The mechanics of marking are deliberately indiscreet making it clear that this is directed personally by littering the talk with such gems as “we have seen this already in our own congregation“. There’s little scope for anonymity with the jungle drums having most likely already identified the ‘who’, this juicy little talk will now identify the ‘what’. Even those not in the ring of confidence now can grub around to fill in the gaps in from the gossip mill.

This is yet another damaging and harmful practice by Watchtower and as with most of their punitive measures, the line between what is supposed to be loving and helpful and that which is abusive and destructive is defined by the opinions of unqualified, imperfect men. 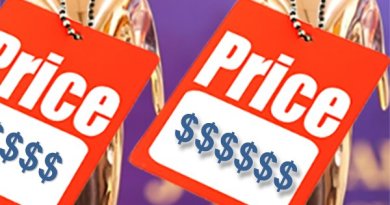 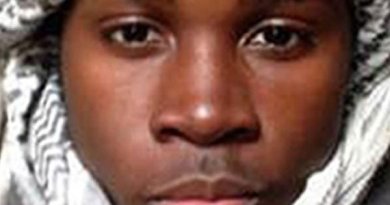 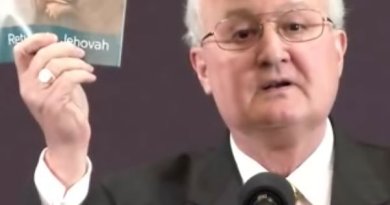 3 thoughts on “Marking – a loving provision?”