Rumours have been flying about in recent weeks that Watchtower might be changing its shunning policy for the worse at the 2016 Regional Conventions entitled “Remain Loyal to Jehovah.”

We at JW Survey had been aware of these rumours, and had received credible information from reliable sources that seemed to confirm that these rumours were indeed true.

However, since we knew that speculation without absolute proof on this issue might cause unnecessary distress, we decided to wait until absolute concrete proof emerged of this change before reporting it.

Thanks to a member of the Ex-Jehovah’s Witness community, Alex Silva, who bravely attended the Jersey City convention in the US and recorded severa key talks from the program, we now have recorded confirmation that the information we were given was true.

The talk “Shun Unrepentant Wrongdoers, to be given at the 2016 convention as part of the symposium “Loyaly Uphold Jehovah’s Judgements” will apparently expand Watchtower’s shunning policy to include the following scenario:

This will include everyday “sins” such as:

Essentially, any action that would result in a baptised Jehovah’s Witness being disfellowshipped will now result in an inactive one being shunned without the requirement for Judicial Committee action.

This will come as deeply upsetting news for the many inactive ones who have “faded;” the term often used for those who, by a mixture of good fortune and careful planning, have managed to leave the Watchtower religion without sanction from a Judicial Committee, and thus avoided the penalty of shunning. Many such ones still have contact with their Jehovah’s Witness families; contact that now may be cut off if their families consider this person to be “sinning” in the way prescribed by the Governing Body.

It is hard to see this new command as anything less that a deliberate attempt from Watchtower’s leadership to target such “faders” and drag them back under the Governing Body’s control via a policy that amounts to nothing less than pure emotional blackmail:

“Do as we tell you or you will never see your love ones again.”

We are preparing an article to analyse this apparent expansion to Watchtower’s controversial shunning laws in more detail.

We are also preparing an entire series of articles to deal with the various controversial stories that are emerging from this 2016 Regional Convention. Those who have been following this convention will know that this change to the shunning policy is just one of many astonishing and disturbing aspects of the program.

If you are “inactive,” or “faded”, and are concerned that your ties to your family may now be severed, we at JW Survey feel deeply for you. Many of our team are in this position as well.

I am one of them.

I am hopeful that my family will chose to continue association with me, despite the condemnation of my lifestyle by the Governing Body as “serious sin.” But if they do not, I refuse to allow Watchtower’s Governing Body to use my family as leverage to rule my life.

I do not negotiate with hostage takers. 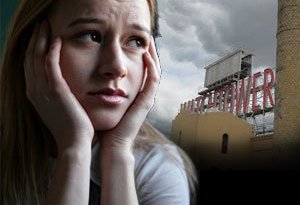 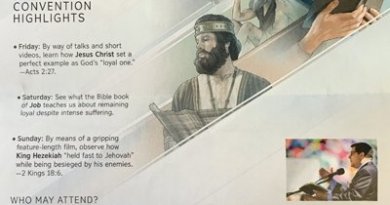 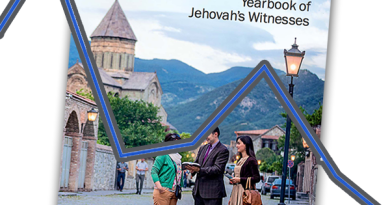 291 thoughts on “News Bulletin: Watchtower tightens shunning rules to include “sinful” inactive ones.”