This website recently reported growing resentment among bethelites over the constant downsizing that’s taking place as the Governing Body hoards its dwindling resources in order to complete the Warwick project.

Further evidence of this resentment was re-posted on Reddit from a German-speaking website for former Jehovah’s Witnesses just last week.

In the open letter (posted here), someone claiming to have been a special pioneer of nearly 30 years laments how he was used up and spit out by an organization that claims to care for him.

Let me first state for the record that this letter cannot be verified because it is anonymous, but given the extensive downsizing Watchtower has been undergoing the world over, a letter like this can hardly be considered implausible.

The full letter is below. Keep in mind this letter has been translated from German, so I’ve cleaned up some of the language for the sake of clarity:

Dear Brothers.
This is my [response] to the way you dismissed me of the Special pioneer service [effective the first of] January 2016. The [fitting] “loving words” cannot reduce my disappointment.
As you mentioned, I experienced a lot of joy and went through a lot of challenges. I was willing to set the kingdom interests first and to [make] sacrifices to serve Jehovah, wherever you thought it is necessary.
In the belief that the end is near and that the organization is [led] by Jehovah’s spirit, I started pioneering in my youth. I [turned down getting] a good education in the hope that the organization needs me. Jehovah is the best employer, as I was told.
And now you decided that my special pioneer service will end [on the first of] January 2016. I ask myself what changed that you do not need my service anymore after nearly 30 years?
I am astonished that you advise me to serve as an normal pioneer in the future. If the end is near, why is my service as [a special pioneer] not necessary anymore? Is it the money? Am I too expensive for the organization?
Do you need the money, which is donated to support the preaching work for other activities? For example for building projects, like Warwick or temple farms? I really feel betrayed and exploited.
It seems to be the case that some buildings projects are more important for the “slave” than humans, who try to help others. Your offer to release me from my duty to reach the monthly hours goal, that I can do necessary things like looking for a job or for living, is really generous. Until January you want to pay my allowance as usual.
Really generous of you! To be honest it feels like a hit in my face or a kick in my ass.
I have no financial back up in my age and no education. I can probably not expect any support from my family, as they warned me [about getting into special pioneering].
As you mentioned, I did not expect this decision and I do not believe anymore that the Governing Body or the Branch Office are really valuing the work I did.
Your encouragement to trust at Jehovah sounds like derision. As I thought Jehovah provides for his servants through his organization. You do not want to lose my service and my experience, but you do not want to spend a single dollar for it anymore.
How else could I interpret this sentence? Quote: “In view of the valuable experience you have gained in your ministry, we hope your circumstances will allow you to engage in the regular pioneering”… “In that way, your full time service will not be interrupted. As a regular pioneer, you may choose the congregation in which you want to serve; however, we hope that, if possible, you can stay in your current assignment. If you move to another location, please talk to the circuit overseer or write to the Service Department to know where you might be more useful.”
I truly understood now, what is important for Jehovah`s organization: the only things that are counting, are efficiency and the gain for the organization, not the people.
Disappointed greetings.
Your Brother
(I do not want to tell you my name until I am not longer depending on you).

It is safe to assume that this man’s cause for agitation is far from unique, and that countless other bethelites and special pioneers are also being shown the door by Watchtower and left to fend for themselves.

The Witnesses who obeyed the prohibition on higher education and gave up their prospect of university or college education to serve in a full time capacity are now effectively being punished for their faith in Watchtower. Now they are abandoned —middle-aged, unskilled, unemployed and homeless — with not a cent to their name to show for the decades they spent loyally peddling cult propaganda.

Apparently, those who are being handed their pink slips are not walking away quietly as the Governing Body would wish, grateful for the privilege of serving a deluded group of cult leaders in New York. The realization that they wasted the best years of their life may be beginning to sink in.

Furthermore, a question should be forming in their minds, and in the minds of other thinking Witnesses who are beginning to see through the facade the Governing Body has set up to attempt to hide their financial woes: If the end of the system is near, nearer than ever before, shouldn’t the worldwide work of kingdom preaching be expanding rather than diminishing?

In the letter, the brother states that he was told Jehovah is the best employer. Those words ring hollow when you consider that employers, at the very least, pay their employees, not milk them of free labor for decades and then leave them on their own to starve.

Today, the best employers offer full time health and dental coverage, long and short term disability, paid holidays, 401(k) plans, conference and training budgets, above average salaries, and more. In the event downsizing occurs, employees are given severance packages, and in most countries, qualify for unemployment, so they can cover their basic expenses while trying to find a new job.

Full time servants who are dismissed by Watchtower receive none of those benefits, and instead are given three months to find a job and move out. And without any actual work experience or education that most hiring managers require, the rejected witnesses are in perhaps the worst position imaginable to find employment.

If Jehovah truly is backing the Watchtower organization, it therefore stands to reason that he is not even a mediocre employer.

Rubbing salt and lemon in the wounds

It appears the men Watchtower appointed to carry out the layoffs are not sensitive to the desperate situation they have placed full time servants in. As the letter quoted:

“In view of the valuable experience you have gained in your ministry, we hope your circumstances will allow you to engage in the regular pioneering”… “In that way, your full time service will not be interrupted. As a regular pioneer, you may choose the congregation in which you want to serve; however, we hope that, if possible, you can stay in your current assignment. If you move to another location, please talk to the circuit overseer or write to the Service Department to know where you might be more useful.”

Not only is the Governing Body deserting special pioneers so they can save money for their Warwick fantasy, they are downgrading them to regular pioneer status and still attempting to milk these poor people for more of their free time.

Call me materialistic, but putting myself in their shoes, my main concern would not be “How can I be more useful to this organization?” but “How do I find a job that pays enough to provide food and shelter?” How these slave masters can dare to control where their fired servants live and wring out every last drop from them is beyond me.

One can’t help but be again reminded of the scripture in James 2:15-17: “Suppose a brother or a sister is without clothes and daily food. If one of you says to them, “Go in peace; keep warm and well fed,” but does nothing about their physical needs, what good is it? In the same way, faith by itself, if it is not accompanied by action, is dead.”

If this letter is any indication, this anonymous special pioneer will sadly not be the only full time Watchtower volunteer left to fend for himself by an organization he trusted to reward him for his years of service. 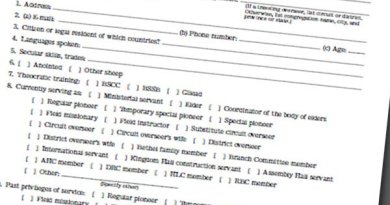 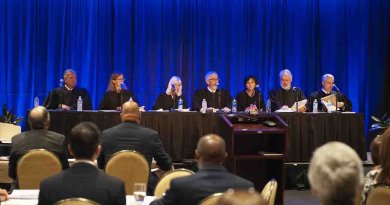 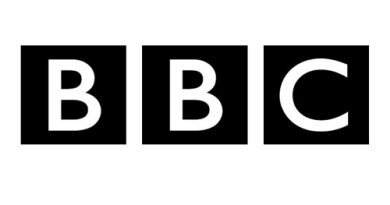 229 thoughts on “Betrayed and exploited: Dismissed ‘special pioneer’ lashes out against downsizing”