EDITORS NOTE: The opinions expressed in the Friday Column do not necessarily reflect all viewpoints, but are intended to provoke thought and discussion among Jehovah’s Witnesses as well as those who have left the religion. Friday Column writers come from a wide spectrum of world views.

This is the second of three Friday Column articles from JW Survey member P.B. on the subject of the Paradise Earth doctrine and its relationship to the Jehovah’s Witnesses. You can read the first here:

As a child, I spent a lot of time with my head in the clouds.

As I am propelled (half kicking, half screaming) further into the plateau of adulthood, I find myself revisiting these childhood concepts and looking at them with a more scientifically-conscious perspective. This is not an enjoyable activity.

Because there tend to be good reasons why we don’t do cool things like make our cities float. It turns out that cities are rather heavy. There is no good option for sustainably generating that sort of lift. And this is a comparatively small problem- if you’re using rockets to keep your city up, how do you fuel them? Fuel adds weight to the city that you’re desperately trying to stop from falling out of the sky, not to mention polluting our atmosphere at an alarming rate.

Ok, so we scrap the floating city. What about the castle? Stone walls and poor insulation would make heating a bit of a chore, feeding piranhas is a supply nightmare and high walls are functionally useless given the absence of warring kingdoms. But surely the underwater bubble city! That must work! Well, turns out the ocean is heavy too. The about 12 kilometers of air above your head only weights about as much as a 10 meter tall column of water. This means that living underwater in a big, transparent dome (whose air supply needs constantly to be changed) is not looking good either.

Don’t get me wrong- I don’t mean to attack childhood imagination. To me, it was one of the best things about growing up. I only mean to make the point that sometimes nice ideas do not stack up based purely on logistical and commonsense reasons. This is what I think of the Paradise doctrine; a nice idea that is simply incongruous with reality. And unfortunately, the Paradise is filled with examples of important details glossed over. When considered in context, what is known of it seems more like the idle imagining of the later Bible writers as opposed to the divine plan of Jehovah God, as we shall see.

The Hitchhiker’s Guide to Paradise Earth Taking descriptions of Paradise straight from jw.org, we find:

Isaiah 65:21-23. “The work of their own hands my chosen ones will use to the full. They will not toil for nothing, nor will they bring to birth for disturbance.”

Revelation 21:4. “[God] will wipe out every tear from their eyes, and death will be no more, neither will mourning nor outcry nor pain be anymore.”

Most of the descriptions of Paradise fall into this or a very similar category. No war, poverty, disease or death. Humans will have peace, prosperity and general perfection to play with for the rest of eternity. And how, according to jw.org, is this to be accomplished? “In the new world, God’s sovereignty will be fully upheld. What a refreshing contrast that will be to the self-rule promoted in this world under Satan’s domination! Independence and an unreasonable insistence on personal preference may be highly regarded by some, but what has been the result? Failure to accept God’s direction has led to suffering, misery, even tragedy.”

The rulership of Jesus and the 144,000 anointed is supposedly the magical solution to all the problems facing humanity, but this is practically all that is said on the matter. Because human weakness and sin is blamed for all the evil in the world, perhaps it is not surprising that the Bible contains no practical plans for how Paradise Earth is supposed to be organised- mere humans won’t be organising that! We saw what a mess they made of it when they were in charge! However, it does leave many important questions unanswered.

Paradise – How does it work?

Let’s imagine for the sake of argument that it’s the day after Armageddon. We made it! The sun is shining on a bright new day and it’s only faithful Witnesses left on Earth! Last night was probably pretty harrowing, though! Fireballs raining down from the sky killing literally all but 0.11% of the Earth’s population!

There are now about eight million Jehovah’s Witnesses scattered about the Earth. Most are going to be in major cities. How do we feed all of them? Very few of them would grow their own food. I suppose they could go to the supermarket- that food is just going to spoil anyway. The roads are probably a bit blocked off with the debris from the firestorm, but I’m sure they can drive around that. Without restocking, the supermarket food will probably last a few weeks at the most. Not to worry! Jehovah fed all of the Israelites in the desert with manna. Of course he can feed his people now. Miracle counter: 1

With no worldly people left to run coal-fired and nuclear power plants, the flow of electricity stops in a couple of hours. That spells the end of landline and cell phones. With the staggering size of the Earth and no means of communication other than yelling, it would be a miracle if two Witnesses were able to find each other in a reasonable amount of time. Organising the worldwide clean-up would be pretty difficult. Not to worry! I’m sure Jehovah can help us figure out how to meet up with each other! Miracle counter: 2

The bodies of the dead will begin to smell and attract flies within a few hours. Not to mention the roughly one billion livestock, one billion pigs and twenty billion chickens that will quickly escape from their enclosures and discover they have no food. Not to worry! I’m sure Jehovah will help us take care of the bodies and provide food for all the animals too. Miracle counter: 3 and then 4. Our cars won’t get us very far- they’ll need fuel inside two weeks and the Shell and 7/11 stations will only last so long. Even if we could drive as far as we wanted, we still couldn’t cross the vast oceans separating Witnesses between continents. Not to worry! I’m sure Jehovah will give us a means to get around that! Miracle counter: 5

Cars wouldn’t do much good anyway- the electric pumps keeping subway tunnels dry don’t work with no electricity. The tunnels and many of the main boulevards have flooded. Not to worry! Miracle counter: 6. Many of the cities are on fire anyway. With all the firestorms and with there being no firefighters, the fires tended to roam free. Not to worry! None of Jehovah’s people could be harmed by anything like fire, explosions, collapsing structures or the uncontrolled meltdown of unmanned nuclear power stations. Miracle counter: 7

Several Years after Armageddon: Miraculously, some other witnesses from my local city have met up with me. There are about 400 of us. We set up near a river, but nothing much grows on the previously urban soil. Miraculously, we still have enough food and water and have no trouble from any of the animals that now roam the streets. Not to worry! Miracle counter: 8. Children are starting to be born now. These next fifteen years can’t go by fast enough- with only 400 of us, the work of disassembling the cities and building new structures with no tools or experience is pretty slow. Not to worry! I’m sure Jehovah will start resurrecting soon! Miracle counter: 9

Several Centuries since Armageddon: We’ve had to rebuild science from the bottom up but we’ve reconnected the continents! It’s starting to get a bit crowded in the cities now. It’s great that there’s no more sickness or death and that the faithful have been raised from the dead, but we might need a new planet soon. Not to worry! Miracle counter: ???

“All things are possible with God” 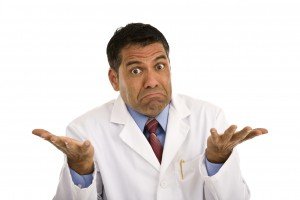 I hope the previous story illustrated my point somewhat. It’s all well and good to talk about the love and power of your deity, but when you start proposing them as a solution to specific problems, it becomes pretty obvious that you are suggesting miracles.

But surely miracles are not outside the scope of what God can do? After all, Matthew 19:26 says “all things are possible with God.” But again the fundamental question arises: how?

It may be that “all things are possible with God”- that’s not really for me to say.

But I find it hard to believe that Jehovah would explain in meticulous detail His creation of human beings (Gen 1), His plans to free the Israelites from bondage in Egypt (Exodus) and the progression of future world governments from Nebuchadnezzar onwards but then curiously gloss over the specifics of how the paradise is to work. If there is no naturalistic explanation for how all this is to occur, then we can only conclude that Jehovah is acting miraculously.

That is, separate from or “immune” to scientific enquiry.

In order to justify the existence of the paradise, we had to stipulate that God is beyond the realm of the naturalistic. Are we expected to believe that science and logic *can* be used to justify Jehovah God’s existence but that same science and logic are incapable of casting doubt on any aspect of His promises?  I, for one, am extremely suspicious of this double-standard. 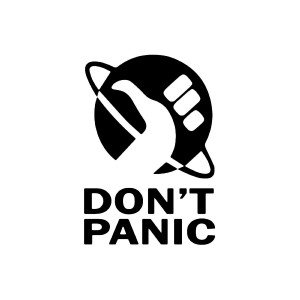 Much like the floating cities, jetpacks and underwater bubble cities of my childhood imaginings, the Paradise is a pleasant idea. I’m occasionally pleased to imagine a flawless Eden-esque world with no more suffering, pain or death.

But eventually, the Paradise is just that- an abstract notion of how the world should be which shows poor agreement with science and basic common sense. And until Jehovah sees fit to communicate any more specific plans for the Earth through the Governing Body, I’d prefer to put the promise of Paradise to one side.

All is not lost, though. As much as it is a contrived platitude, the world is full of wonderful things right here and now that are not to be missed. So we should be sure not to miss them.

103 thoughts on “The Friday Column: The Hitchhiker’s Guide to Paradise Earth”