Every once in a while, I’m asked why I bother keeping up with current events in the world of Jehovah’s Witnesses.

My answer will usually depend on several factors, including, but not limited to: caffeine concentration in my bloodstream, looming University assignments and general satisfaction with this great probability engine that is life.

If conditions are unfavourable, I will likely mumble incoherently and return to scribbling on the wall with my trusty Crayola. (I find that there is a certain understated madness in the crayon that’s impossible to convey with any other marker. I recommend red for added effect.)

If conditions are favourable, however, my answer would be that keeping an eye on the activities of Watchtower and the Jehovah’s Witnesses is something of a civic duty; their troublesome beliefs continue to cause problems for past and current members alike. From the Governing Body’s stance on homosexuality and feminism to the endless barrage of uncomfortable questions posed by the Australian Royal Commission into Child Sexual Abuse, there is no shortage of people with a righteous axe to grind against Watchtower.

But perhaps the most insidious effect of Watchtower’s continued presence is the theological “eternal carrot” of the Paradise, tantalisingly dangled just out of reach of the Witness rank-and-file. As we shall see, Watchtower’s construction of the New System does nothing more than stunt the philosophical growth of the average Witness. How can this be so?

When comparing the differences between the JW concept of afterlife with that of a more mainstream Christian religion, the contrasts appear stark.

Imagine for a moment that you are, say, a Catholic. You, dear Catholic, are given a certain amount of time on Earth to spend in righteous pursuits. Such as donating to homeless shelters, playing the harp and knitting bible verses into ugly woollen sweaters. (Or whatever it is that righteous people actually do. I wouldn’t know.) As an angel, having transcended the physical and gained a greater understanding of the inner workings of the universe, you play the harp some more and play an active role in your local “Holy Rollers” Angelic Bowling Team. Notice now that your afterlife in Heaven is merely a continuation of your existence on Earth.

And what if you are a Jehovah’s Witness instead?

After the eventual arrival of Armageddon (any day now) you are reunited with your loved ones on the Earth, rather than in Heaven. The infinite amount of free time now available to you can be utilised in various ways, including: spending time with friends, exploring the Earth, pursuing hobbies, raising a family, owning a panda as a pet. Etcetera

One conspicuous difference between these two philosophies is that the “rewards” for faithfulness as a Jehovah’s Witness are mostly activities that an ordinary human could work towards right now (with the exception of eternal life, for example). It’s true! You can go out today and buy some seeds to plant a garden! Invite your friends to the cinema to see the new Star Wars! You could become a zoologist or start a family of your own! Or both!

To synopsise: whereas a more mainstream afterlife is a continuation for life on Earth, the Witness afterlife is a replacement for life on Earth. While this glosses over the Witness doctrine regarding the 144,000 humans who are resurrected to heavenly status and rule with Jesus. However, if we confine our discussion to Witnesses with an earthly outlook, the point is equally valid.

Real life? Or just a fantasy? Given that most activities available in Paradise are essentially within reach, why is it that the average Jehovah’s Witness doesn’t drop everything and start their new life a few years early? I can think of two reasons supported by Witness doctrine.

One. As an upright Witness, it is your responsibility to spend this time preaching the word of God in whatever capacity you can. You are taught that this work is important because it is vital to saving the lives of others and is “never to be repeated” (w10 2/15 p. 9). Being a faithful proselytiser is also vital to progressing beyond Armageddon in the first place.

Two. Life as it exists now is only a pale imitation of life after Jehovah’s divine judgement of the wicked at Armageddon. Wicked people have overwhelmed the Earth! “Critical times hard to deal with” are here! (2 Tim 3:1)

We can see further examples of this in the Witness literature: “Many schools now have student counselors who encourage one to pursue higher education after high school, to pursue a career with a future in this system of things. Do not be influenced by them. Do not let them “brainwash” you with the Devil’s propaganda to get ahead, to make something of yourself in this world. This world has very little time left! Any “future” this world offers is no future! Wisely, then, let God’s Word influence you in selecting a course that will result in your protection and blessing. Make pioneer service, the full-time ministry, with the possibility of Bethel or missionary service your goal.” Watchtower 1969 Mar 15 p.171

“This world has very little time left!” Ironically strong words given that they are now nearly forty-seven years old. But this also gives a key insight into another reason why Witnesses might postpone their ambitions.

In the real world, actions carry with them a temporal cost.

I feel no need to give this a citation because it seems like the sort of statement that almost nobody would take issue with. Want to learn to play the trombone? Sure! Let’s say that it takes fifty hours of practice to gain the level of proficiency you want. Assuming you live eighty years, that’s approximately 0.007% of your life which you can no longer use for any other purpose.

While it’s an overly-simplistic metaphor, the percentage of your life that you put towards a certain end can be thought of as a cost or investment in that activity. Some activities are compulsory- if you sleep eight hours a day, this will be about 33.3% of your life. Work and school have percentages of their own, as evidenced by our quote from the previous section.

In this way, every action taken in life is an investment (some large and others small) towards the grand 100% that is your life. And not all of these investments will be worthwhile, either. There are more than a few percentage points that I’d like to have back.

Of course, when you consider the prospect of Paradise, the whole point becomes moot. If it should happen that you get bored with the trombone then you will have wasted a mere fifty hours out of infinitely many hours. In a very real sense, this is 0%. And the thought of being able to do (practically) anything with no consequences for any mistake is tempting.

Given all of this, it seems unsurprising that many Witnesses seem to live in a state of suspended animation, watching and waiting for a bright, shiny world with no rough edges.

The obvious problem with postponing one’s ambitions for the future is that the Jehovah’s Witnesses do not have the best track record when it comes to predicting the future.

Essentially, what Jehovah’s Witnesses are doing is outsourcing their hopes and dreams to a future that, in all probability, will never arrive. The result is a bizarre state of moratorium- the average Witness seems to have little interest in learning, growing or experiencing anything in this world deeply.

Some that I know have been stuck in the cycle for years. They watch the same DVD’s and TV shows over and over again, avoiding anything new. Some witnesses in moratorium will spend an inordinate part of their time imagining what they will say and do in the New System. Personally, I know more than a few who have figured out where they will live and how they will decorate. This is anecdotal evidence, of course. But I have seen the sentiments reflected in too many Witnesses to ignore the trend.

A witness in moratorium might view further education as a chore rather than an enlightenment. If they travel, they stick to the well-traversed paths and spend far too much time in the hotel room. The conversation is shallow and uncontroversial. Above all, there is no ambition to be found anywhere. Some use the Paradise hope as a “Get out of Sorrow Free” card- why deal with the tough realities of illness and death when they are just transient to you? And through it all they wait for their real life to begin. The rut slowly becomes a trench.

What’s to be done?

That is the big question. Almost certainly far too big given that philosophers have struggled with the question of the ideal way to live life since antiquity.

There is the possibility that some Witnesses might be so invested in the Paradise that they will never let go. For everyone else–myself included-the solution seems to simply be coming to terms with mortality in one way or another. Though it’s so easy to say and so very hard to do, actively seeking out new experiences is one of the best ways to make life worth living. Self-discovery, engaging with the world, formulating and achieving goals- these are the ingredients for a Paradise right here and now.

I think Wirrow put it best in his stream-of-consciousness entitled “and a new earth”:

everything in this world is intoxicating
everything is on fire all the time
and you are bound only by the limits of your imagination- everything else will follow
the world will follow
as above, so below
a new heaven and a new earth

Maybe we just need to make a new Earth for ourselves. 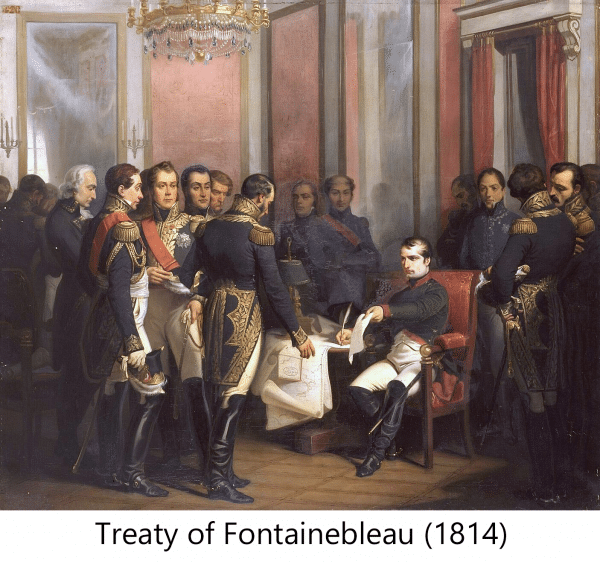 The Cry of Peace and Security: A Prophetic Sign or Business as Usual?

The Friday Column: From Self-Injury to Self-Respect: Lisa’s Story