Each year, lots of Jehovah’s Witnesses around the world anticipate the convention season. It is a time of excitement as families set out to make plans for this annual gathering of like-minded people. For those who live far away from their designated convention arena, it is most exciting.  It is often the only vacation some families will have all year. Parents save their money for travel expenses while their young sons and daughters look forward to meeting other Jehovah’s Witness kids.

Older teens and those in their early twenties have a special plan for the convention: to meet the “one” who will become their spouse. It is hard to find a “suitable” boyfriend or girlfriend at the local Kingdom Hall, especially if there are more females than males, or vice-versa. In a lot of cases, parents have already decided who they have in mind for their daughter or son. In a way, the convention is one place where teens can be a little rebellious in between the morning and afternoon sessions. If they can break away from their parents, they can mingle in the main area outside the auditorium and hope to find a potential mate.

Elders anticipate this behavior, so they walk around carrying “Quiet please” and “Please be seated” signs. They don’t speak. They just carry the sign and make eye contact with whomever they believe is “loitering”. Unless you have to use the restroom, you had better be in your seat!

Most readers of this article have been to a Jehovah’s Witness convention. I recently found pictures from when I attended the “Divine Love” convention in 1979. My oldest brother and his wife were recently baptized. I was visiting them in Florida for the summer, so I went with them to the convention.

I remember being taught that Jehovah’s Witnesses are unlike any other group of people. I was told that, when you are among “Jehovah’s people”, no one is a stranger. You could be in need, anywhere in the world, and a Jehovah’s Witness would take you in. That is the feeling you are supposed to have at these annual conventions. They have even been referred to as a “family reunion” by some Jehovah’s Witnesses.

When I attended a convention in the late seventies and early eighties, I remember the feeling of excitement and anticipation. I was in my early teens and my brother (eight years older and married) let me have a bunch of tickets that could be exchanged for food. During the lunch break, he let me go to the concessions by myself to get lunch. He told me that, even though we were in a group of thousands of people, he felt safe letting me go off by myself because everyone in the building was a Jehovah’s Witness. I know he believed what he was saying because he was usually very protective of me. In any other circumstance, he would never let me go off by myself.

Through the years, I have been told, “One way you can be sure we are Jehovah’s people is that we are united in worship. Every congregation studies the same thing during the same week throughout the world.” As I got older, I learned that the Roman Catholic Church has been doing the same thing for many years. The RCC has a missal with a three-year cycle. Each year, the Vatican assigns a cycle (A, B or C) to the worldwide churches so that their masses don’t get repeated too often.

I stopped going to meetings and conventions when I was twenty-two. My Jehovah’s Witness brother had died when I was twenty (they considered him a “martyr”) and his wife had written a letter of disassociation a few years after he died. Thankfully, no one else in my family was baptized, so we didn’t have to deal with being shunned.

In 2015, I began to watch ex-JW videos and read ex-JW blogs. I know a few former Jehovah’s Witnesses, but I didn’t realize that an international community was online! Since I had been out for so long, I wanted to attend a convention to see how much had changed since I last attended one in the early eighties. My husband, who has never been to a Kingdom Hall, agreed to go with me.

We live in a state in the Midwest, but we are both originally from Connecticut. Since we have a “New England accent”, we sound like outsiders in the state where we live. We used that to our advantage. I didn’t want us to be treated like visitors at the convention. I didn’t want my husband to be “love bombed”. Rather, I wanted us to be treated like any other rank-and-file Witnesses. It was important to me that we get badges that listed our congregation on them so we could blend in.

When we approached the table to get a badge, the man said, “Which congregation are you from?” I said “Wallingford, Connecticut”.  He asked me to repeat myself about three times. We told him that we were traveling through the area on our way to Oregon and didn’t want to miss the convention. He said, “How do I know you are from a congregation in Connecticut?” I said, “You can call them.”, but he was busy and just handed me two badges.

As we walked to the convention area to get seats, I looked around. The first thing I noticed was the lack of concession stands. There was no food anywhere! One of the things that I remembered from going to the conventions years earlier was the aroma of baked goods and hot dogs! I guess those days are gone.

While technology has made its way into the conventions, most things remain the same. Talks are scripted down to the most mundane levels. At one point during the Saturday that I attended the 2015 “Imitate Jesus” convention, a woman and her husband were ‘interviewed’. The man at the podium asked the woman how many children she had and what were their ages and names.

My husband noticed that she hesitated and looked at an index card before responding. He asked me, “Is this an actual couple or is this a fictional couple? Why would she need to look at an index card to remember the ages and names of her children?”

There were a few more talks that involved people being interviewed about their life experience. My husband and I wondered if all of the interviews were really just scripts written by the Writing Department in Brooklyn.

One talk was specifically geared toward women. The premise of the talk was to remind women that they are expected to be subservient to men… and to be grateful for the role that Jehovah has given them. In a pathetic attempt to make an analogy, the brother said, “Women, you are not a giraffe. You shouldn’t want to be a giraffe.” I was using my video camera at the time, so I recorded that ridiculous talk.

Click here for a clip from the ridiculous talk

Later, when my husband saw the baptismal candidates answer the questions, he had a good view of them and noticed how young most of them were. My husband has learned (through my online activism) about the implications of getting baptized as one of Jehovah’s Witnesses. He knew my brother and how he died after refusing to receive blood. He knows about how Jehovah’s Witnesses shun those who are disfellowshipped or write a letter of disassociation. When he saw the young baptismal candidates go behind a curtain to get ready to be baptized, be became very upset and developed a migraine.

My husband said that he saw and heard enough for one day. We planned to attend the Sunday talks, but my husband changed his mind. The entire experience upset him.

I didn’t want to go the 2015 convention, but I knew that my husband would not be able to understand my activism if he didn’t experience the convention for himself. He saw for himself how obediently Jehovah’s Witnesses take in the messages, sing the songs and clap on queue. He said he felt like he walked into a Stepford Wives movie.

When he got the migraine, we had to leave. The program still had about an hour left, so there were only a few people in the parking lot. We noticed a man walk to his car, rip off his tie in one large gesture and throw it in the car. We made eye contact with him and waved. When I looked at the man, I was hoping that he was in the parking lot (instead of in the building listening to a talk) because he was on the verge of waking up. 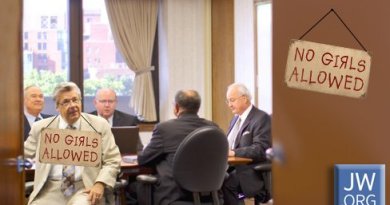 The Friday Column: No Girls Allowed – Growing up as a Female Jehovah’s Witness 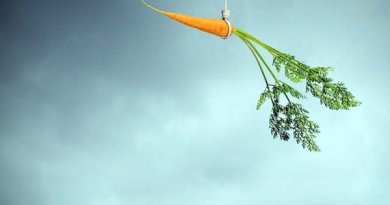 The Friday Column: “And a new Earth.” 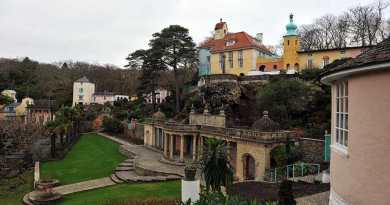 84 thoughts on “The Friday Column: The Annual Jehovah’s Witness Convention: a Pseudo-utopia”