A fresh storm has broken out Watchtower’s ongoing worldwide child abuse scandal, albeit one that has been brewing on the horizon for a while. Regular readers of JW Survey will be aware that the UK Charity Commission has been investigating the New Moston congregation of Jehovah’s Witnesses for the past few years, due to concerns over their handling of child abuse allegations.

In the United Kingdom, both the individual congregations of Jehovah’s Witnesses and the larger umbrella Watchtower Organisation are registered as charities, thus entitling them to tax breaks and other privileges most organisations do not receive. However, this also brings them under the supervision of the Charity Commission, whose role it is to ensure that all registered charities are working for the public benefit.

Over the last few years, the Commission has been investigating reports that the New Moston Congregation responded to child sex abuses, committed by JW Elder and charity trustee Johnathan Rose, in a way that did not meet the required standard.

Spefically, they have been investigating reports that abuse survivors had been forced to confront Rose in a religious court, termed a Judicial Committee by the Witnesses. During this court, it was alleged that Rose had been allowed to interrogate the survivors and forced them to recount graphic details of his assaults upon them. It was also alleged that some of the other congregation Elders asked the survivors if they did anything to provoke Rose into assaulting them.

After a number of years of investigation, the Commission have finally released their full report. It can be read here and, as per usual for an investigation into the procedures used by Jehovah’s Witnesses for dealing with child abuse, it makes for pretty damning reading.

To summerise, the Commission finds that the New Moston elders did indeed allow Johnathan Rose, who at the time of the Judicial Committee was a convicted child molester, to interrogate his past victims in a religious tribunal.

The event was hugely traumatic for the victims, as Rose was not prevented from asking graphic questions about his assaults upon them. One victim states that she was not even told Rose would be present at the event; rather she was under the impression that the elders wanted to see her in order to apologise for failing her. I cannot even begin to fathom how she must have felt entering that room, being confronted by her attacker, and then subjected to interrogation by him.

However, it gets worse.

The Commission report finds not only that the event happened as alleged, and that it was utterly inappropriate, it also finds a litany of other problems surrounding the incident, including but not limited to;

Put simply, they tried to kill it stone dead.

We have covered this issue before, but when it became clear that the Charity Commission was gravely concerned with the accusations made about New Moston and Watchtower and intended to investigate, both charities essentially went to war with the Commission in court.

Legal challenges were mounted by Watchtower and New Moston to try and halt the investigation in its tracks, with the charities claiming the Commission was overstepping its bounds by trying to investigate them.

The idea that the Charity regulator should not take an interest in accusations of sex abuse mishandling by a  charity is absurd but this was essentially what Watchtower was arguing.

The case dragged on in litigation for a long time; a judge would rule against the Witnesses, and the Witnesses would promptly appeal to a higher court. At the time, the Commission described the Witnesses rabid determination to avoid scrutiny as “unprecedented.”

Finally, the Royal Courts of Justice in London struck down the challenge once and for all, and the investigation resumed.

Yet even then, the Witnesses did not fully comply.

The Commission found that New Moston deliberately failed to disclose certain allegations against Rose to the Commission when asked, and when the Commission later discovered them, New Moston tied to hand wave them away as being a different type of sex assault.

Again, this is nothing new. During the landmark Royal Commission hearings, Watchtower Australia were caught red-handed telling outright lies in order to try and keep their leader Geoffrey Jackson from having to testify.

Hardly surprising then that the official Charity Commission inquiry reads;

The inquiry found that the trustees of the charity did not engage openly and candidly with the Commission as the charity regulator.

It is essential to revisit something at this point; New Moston congregation was not acting of its own initiative. The JW organisation is highly centralised and authoritarian. This is vital to remember. Once cannot separate a congregation from Watchtower. Watchtower does not allow a congregation to call its own shots once a matter like this goes before the Commission.

In short, the Watchtower organisation;

Thus, New Moston has become a symbol of the failure of Watchtower to effectively address the issue of child abuse inside its congregations, and also of its defiant refusal to allow its conduct to be investigated by the proper authorities. In addition, the Charity Commission has opened a second investigation that will look into the wider issue of how Watchtower deals with child abuse, citing concerns over policies such as the Two Witness Rule. Watchtower has also tried and failed to kill this investigation in court.

This issue is far from over.

Understandably, the UK media has picked up this story and given it major exposure.

Articles have appeared in established national newspapers such as the Times, the Telegraph and The Guardian. Additionally, the BBC, the flagship national broadcaster in the UK, has run an article on its website, as well as devoting segments to the issue its national radio religious show “Sunday” and a segment on its national news program discussing the issue.

What has been Watchtower’s response to this extensive, damning report, and the subsequent headlines generated in the media? An apology? An admission of error? A pledge to learn from its mistakes?

Watchtower has simply rolled out the same, cookie cutter statement that it uses every time that its failings are exposed for the world to see; that they “abhor child abuse” and have “robust safeguarding policies”. In other words “We’re perfect, we’re not listening to you, nothing to see here, move along.”

This is simply unacceptable. These events were not the result of one or two “rogue” elders ignoring Watchtower guidelines. This entire scandal came about as a direct result of official Watchtower policy, much of which is still in force today.

This not an issue the Watchtower organisation can ignore if it hopes to maintain its credibility. Nor is this an issue that Governments can ignore if they wish to fully protect their citizens from child molesters, or get justice for abuse survivors. Yet worryingly, it appears that the UK government’s Independent Inquiry into Child Sexual Abuse (IICSA) has apparently no plans to include Watchtower in its investigation.

We will cover the need for IICSA to urgently revisit this decision in the next article.

Because we’re going to need your help. 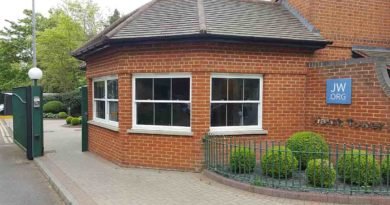