The May 2015 episode of JW Broadcasting was billed by its host, Governing Body member Stephen Lett, as being a “historic” one. It ended up being just that, but for none of the reasons given.

Lett opened the program by drawing attention to the fact that all seven Governing Body members have now hosted JW Broadcasting (tv.jw.org), and hailed the fact that approval has now been given to end the project’s trial period and roll it out on a permanent basis in multiple languages.

If this amounts to a “historic” development, then either Lett is shaky on what “historic” means, or anything new that happens anywhere to anyone can have the same superlative applied.

What WAS historic about the program was that it featured, for the first time, a Governing Body member admitting to the organization being in a financially precarious situation, with Lett revealing a shortfall between projected income and expenditure for the forthcoming fiscal period.

This website has long pointed to a number of omens that not all is well for Watchtower financially – chief among these being the slashing of branch offices and a whopping 39% reduction in monthly magazine printing. But this is the first time, at least to my knowledge, that the organization has come clean about being in financial difficulties – albeit with a notable lack of transparency about the actual figures involved.

Unsurprisingly, Lett used the opportunity to urge Witnesses to donate, and rather comically set about doing this by trying to distance the organization from others who “coerce” their followers to give money…

The above video is my own montage of Lett’s pleas for donations. To watch the full, 1-hour 36-minute unedited program, please click here.

From lack of transparency to blatant deception

As with the previous seven JW Broadcasting episodes, I will be making a full YouTube rebuttal to Lett’s performance in the next week or so. But I wanted to take this opportunity to point out the complete lack of transparency regarding funds in this episode, and highlight at least two areas in which Lett has been blatantly deceitful.

If you are going to divulge a shortfall in funds, particularly with the aim of leveraging more donations (or “valuable things”) from a pool of supporters who are already lagging in this regard, the least you can do is treat them like adults and give some hard numbers. Nowhere in Lett’s rather patronizing, condescending comments is a single figure cited regarding the projected amounts of income and expenditure, and the shortfall between the two. Everything is left to the imagination (or, more accurately, gullibility) of the viewer.

Then you have the flat-out lies regarding the new donation arrangement for kingdom hall construction, and the amount of money involved in the move to Warwick.

When Lett first mentioned feedback from Circuit Overseers regarding the new donation arrangement, the first thought that whizzed through my head was: “Thank goodness! The publishers have seen straight through the stealth-tithing scam and have been giving Circuit Overseers a piece of their mind.”

But according to Lett, rather than there being any dissatisfaction with the new arrangement, the cause of concern for Circuit Overseers is merely that there is a misconception among publishers that Watchtower is flush with money because it has “cancelled” the loans and mortgages of congregations who owe the organization for new kingdom halls.

As already reported by this website, a full unabridged reading of the letters to elders dated March 29 and May 12, 2014 reveals that Watchtower has not stopped congregations from sending in money under the new arrangement. Rather, it has insisted that at least the same amount of money be sent through each month for congregations who were already paying off debts, and that congregations without debts should start sending in money each month as though they were in debt!

And ALL congregations, whether previously indebted or not, have been ordered to send in any surplus of funds, leaving only $5,000 plus three months’ worth of operating costs in the local coffers. So rather than saving money for congregations, Watchtower is demanding more from them as a result of the recent changes.

And keep in mind that if Watchtower ever goes bust (an increasingly likely scenario) the kingdom halls will go straight down in flames with it under this new arrangement (being no longer financially independent), and none of the money invested in kingdom hall construction by local brothers will find its way back into their pockets.

In the twisted world of Watchtower, a Witness should pay for his or her local kingdom hall as though it is their responsibility, even though the kingdom hall is an asset ultimately belonging to Watchtower and Watchtower can (and will) get all the proceeds from selling it.

But you wouldn’t suspect any of this dreadful scam from Lett, who draws comparisons between the ‘generosity’ of Watchtower’s new stealth-tithing arrangement and the dropping of charges for literature in 1990 – a move which, by the way, arose only because Watchtower’s non-profit status was under threat.

This all represents a blatant deception on Lett’s part, relying entirely on the majority of viewers being blissfully ignorant of the letters to elders that were circulated last year, and the full scope of the new donation/tithing arrangement.

But if this weren’t enough, we then have what I think is the most bald-faced lie I have ever seen a Governing Body member utter into a camera…

The first thing to remember is that Watchtower has operated quite successfully for many years before the move to Warwick was proposed, so any attempt to fob the viewer off with some half-baked story that the proceeds of one unnamed “significant” Brooklyn property would offset only a few weeks of normal operating costs can be immediately dismissed.

Even if Watchtower were to sell one of its Brooklyn properties for only one dollar, that is a still a dollar they wouldn’t have had available to them in any of the years prior to the Warwick move being discussed – years when Watchtower had up to 116 branch offices in operation (in 2010) compared to only 90 today.

This leaves us with the breathtaking subterfuge of Lett’s suggestion that the sale of the Brooklyn property portfolio “is basically only financing the construction of World Headquarters in Warwick and the purchase of other properties that are needed to facilitate the move from Brooklyn in the future.”

Like many cults, Watchtower is less than open when it comes to divulging how much money it spends on various projects to those it holds responsible for picking up the tab. This means that information on what Watchtower is spending on the Warwick move is hard to come by at best, but there are two figures that give some indication of the amounts of cash involved.

Four separate neutral sources, namely The Brooklyn Paper, The Observer, The Real Deal and the New York Post all cite an estimated figure of $11.5 million for the building costs of the new Warwick headquarters. I am presently trying to verify the source of this estimate, but considering the complex is being built with mostly volunteer labor, such a low figure isn’t completely out of the question.

It has also been reported elsewhere that the Tuxedo complex, perhaps the most well-known facility for supporting the work at Warwick, cost Watchtower a mere $3.2 million.

Obviously there are a lot of other numbers we are missing for other properties and planning/development expenses (due entirely to Watchtower’s lack of transparency rather than any attempts to mislead or deceive on the part of anyone else), but even if we multiply the above two figures by 10 for the sake of argument, we are left with less than $150 million.

Contrast that with the 1 Billion Watchtower is making for the entire Brooklyn portfolio, with an eye-watering $375 million coming through for one transaction alone, and the depth of Lett’s deception should quickly become apparent.

The move from Brooklyn to Warwick IS an enormous money-spinner for the organization, commonly known as a property “flip,” and in no way can it be thought of as a like-for-like switch according to Lett’s blatant, bald-faced misrepresentation.

Nobody else to blame

If Watchtower is low on funds, which I am thrilled to hear confirmation of straight from the horse’s mouth (in more than one sense), it is NOT the fault of any misunderstanding on the part of ordinary Witnesses. If anything, most Witnesses woefully underestimate the breathtaking amount of money Watchtower has pocketed from selling off Brooklyn, thanks in no small measure to the Governing Body’s total, deliberate and ongoing financial information black-out.

There is only one direction in which the finger of blame should be pointed respecting the Governing Body’s monetary woes, and that is towards them. If the Governing Body is spending more money than they are receiving from the kindness and generosity of Witnesses, who are already hard-pressed as a result of the insane and immoral prohibition on higher education, then by no stretch of the imagination can they be thought of as either faithful or discreet.

Let’s just hope that, for many Witnesses watching this most recent parade of self-congratulation, exaggeration, lies and bluster, with Stephen Lett as the latest floundering, pompous ringmaster to hog the limelight in this grotesque JW Broadcasting circus sham, the penny has finally dropped. 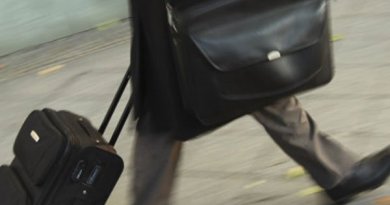 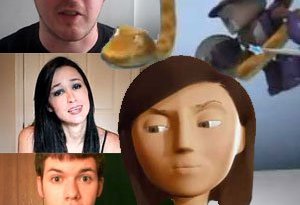