If I lay a plank across two overturned buckets, it should be simple to walk across it unharmed. If I take that same plank, however, and suspend it across an extremely deep and narrow chasm the walk across would be an entirely different experience. Even through both walks would be the same physical demonstration, mentally and emotionally they are dramatically different.

This is because of the way fear works in the brain. It has a tendency to overpower our logical faculties and, at times, create the very circumstances we are so fearfully avoiding.

When walking across a bridge over a deep chasm, for example, it’s best to avoid even looking down. Simply looking down could induce paranoia and compromise your ability to balance. Looking straight ahead and focusing on the task at hand is the best way to get safely across.

Jehovah’s Witnesses exist in an environment where fear is a prime motivator. In their world view 1914 marked the year when the earth was invaded by wicked spirit creatures cast down from heaven in huge numbers. They see the entire world population as deceived by those powerful spirit beings and on the path to a painful death that will bring about eternal destruction. Many do not challenge this narrative because doing so would immediately induce a state of fear and mental pain.

They claim that the only means of survival from these superhuman foes is in the protective arms of “God’s organization.” Only by listening to and obeying the information that comes out of “God’s channel” can you defeat the invisible demon hordes that allegedly riddle the planet.

When attempting to market a product it is highly effective to convince customers it will save them from some looming catastrophe. Once you do that it is much easier to get them to make a commitment. Fear sells.

In the May 2015 JW Broadcasting episode hosted by Stephen Lett, a JW man recounted his experience as a child when he encountered one of the Watchtower’s books:

“When I was six years old my aunt, who’d just become a witness, she showed me this book. And there is a picture inside I remember so well: it’s of Armageddon. That scares a little kid, I thought, ‘I don’t want to be there.’ But a few pages later there’s a picture of a paradise. I never forgot it and I wanted to be there someday. So I thought, maybe my aunt has something. What have I got to lose? So I called them and said, ‘send over some witnesses.’”

This man’s experience aptly shows how Jehovah’s Witnesses successfully use fear to market to young and impressionable minds. First, he was subjected to a grizzly image of a child falling to her death. Then, once he is genuinely terrified of a painful divine execution, he’s shown a paradise earth. The fear-based marketing strategy was a total success and resulted in a life-long member.

The May Watchtower “study edition” has a duo of articles that follow the same exact pattern. The first article is all about how Satan and his demons are extremely powerful, cruel and malicious. They have the entire world in their hands and it’s impossible to face them alone. The very next article then quells the fear by asserting that success is possible by following it’s guidance.

The May Watchtower mentioned above begins with the statement: “At one point in time, he [Satan] enjoyed a fine standing with Jehovah.” The statement alludes to a concept often repeated by Jehovah’s Witnesses on the podium and in their literature. They tell the story of how apostates come to be, and it often begins with someone who was a model religious figure; someone who was well respected.

The next sentence goes on to say that, at some point, Satan began to desire the worship of humans which sent him down the path of evil and enmity with God. It’s common for Jehovah’s Witnesses to accuse ex members who are activists as seeking glory for themselves. The way they describe the personality of apostates is reminiscent of the way they describe God’s greatest foe: Satan the Devil. They are clearly drawing a parallel.

Activists who expose the Watchtower have to deal with a constant stream of slander and disinformation. They are consistently misconstrued as power-hungry maniacs who are seduced by the Devil into campaigning against the faith of “God’s people.” Apostates are the boogeymen and are to be avoided at all costs.

The May article makes sure to tell readers that, without divine help, there is only failure in the fight against the Devil and his minions:

“Never underestimate the power of such wicked angels or that of ‘the ruler of the demons.’ Without help from Jehovah, we could never win our fight against Satan.”

Destructive cults use phobias to control people and create dependency.

It’s similar to the way substance abuse works. Once addicted, a person will not be able to see themselves in a substance-free life. The very prospect is just too terrifying, because they have developed a severe dependency. Similarly, members of cults are guided into believing that without the aid of the cult only failure and misery await. This makes the first steps of leaving extremely difficult, which ensures that many will simply give up and stay.

In the beginning of my awakening, about 6 years ago, I sat down at my computer and used a search engine to research Jehovah’s Witnesses. I remember experiencing intense fear when I read through the results, because many of them were obviously critical of the religion. I distinctly remember my hand trembling as I moved my mouse and clicked on a link.

This is a perfect example of how my past religion induces phobias in its membership. I was extremely afraid of a website written by someone critical of the Watchtower. I had been conditioned to believe that anything critical was written by evil, power-hungry drones of Satan. It was quite some time before I was able to get past that entrenched fear and really start looking into the religion honestly.

Frankly, leaving was the best thing that ever happened to me. It enabled me to start a whole new life unencumbered by past irrational fears. Life is difficult enough without adding on unnecessary anxiety brought on by fears not based in reason or evidence. Looking back, I can safely say that nothing Watchtower predicted took place. It was all just a bunch of fears that were put into me instead of originating within me.

If you or someone you love suffers from irrational fears brought on by cult indoctrination, there are resources available to help. There are also many people out there going through the same experience in various stages. We are not alone and the feelings we experience are a natural occurrence of the undue influence we were subjected to.

Recovering from cult indoctrination is an incremental process and involves a sizable amount of perseverance. Let’s walk across this chasm safely and together. Just try not to look down! 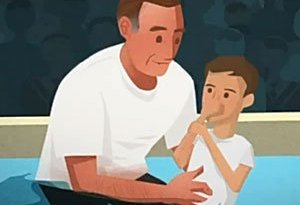 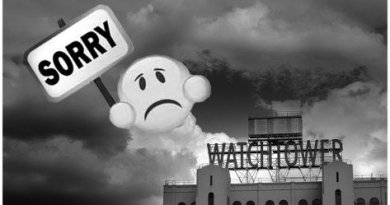 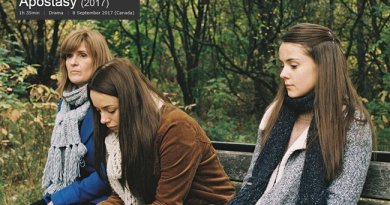 151 thoughts on “Inducing phobias: How the Watchtower uses irrational fears to solidify membership”