Like myself, my wife was raised a Jehovah’s Witness and has always loved reading. When she was around 7 years old, she was reading through a science book and came across a chart detailing the evolution of the horse through the ages.

She was so excited about what she discovered, she ran to tell her mother. Her mother, of course, told her how wrong that book was and that it was not true. She taught her that Jehovah created all things and that evolution was a lie.

My wife points to this moment as the earliest memory of having to repress doubt as a Jehovah’s Witness.

How are doubters portrayed by Jehovah’s Witnesses?

The 2016 Remain Loyal to Jehovah! Regional Convention of Jehovah’s Witnesses has stood out to many as unique. In 36 years of attending and viewing conventions, I have never seen one like this. It stands out as a desperate attempt on the part of the Watchtower Bible and Tract Society to scare and manipulate current members who may be doubting into staying in the organization.

For instance, during the symposium talk “Be Loyal As Jesus Was – When Abandoned”, a video was played that portrayed a Jehovah’s Witness named Sergei finding out that a close friend of his had “left the truth.”

There is a lot to say about that video; however let’s focus on what led Alexei to leave the truth. Alexei’s wife says,

“A workmate began feeding his mind with doubts about the organization. Pretty soon, those doubts turned into belief…[insert dramatic sigh]…and he left.”

The message from this video is clear: doubts will make you leave the organization.

In a 2001 article entitled “Do not let doubts destroy your faith,” the Watchtower compares having doubts to being infected with a virus.

“You probably also do all you can to avoid exposing yourself to viral or bacterial infection. Do you, however, exercise the same care when it comes to remaining ‘healthy in faith’? (Titus 2:2) Are you, for example, alert to the danger posed by insidious doubts?”

The Watchtower here is implying that doubts have a mind of their own. They can be “fed” to an individual. Watchtower wants you to believe that they can behave like a viral or bacterial infection, spreading and infecting the person, turning into “belief” and causing a person to leave the organization.

That makes doubts sound pretty scary! Perhaps a doubter should play it safe and just believe everything they’re told and suppress the doubt. Wait a minute, though. Doesn’t Proverbs 14:15 say that “the naive person believes every word”? So what should a doubter do? 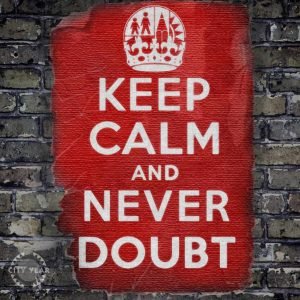 The same 2001 article also acknowledges that it is sometimes okay to doubt. Under the subheading “Doubt—Is It Always Bad?” the article states:

“Of course, not all doubt is bad. At times, you need to suspend acceptance of something till you are sure of the facts. Religious exhortations to the effect that you should just believe and should doubt nothing are dangerous and deceptive.”

In practice, that sounds like actual good advice. However, in reality, ‘just believe and doubt nothing’ is exactly what Watchtower asks of Jehovah’s Witnesses.

In paragraph 16 of that same article, asking such questions as ‘Are we really living in the last days? Can you believe everything the Bible says? Is this truly Jehovah’s organization?’ is likened to Satanic propaganda.

“Satan would love to plant doubts like these in your mind. Do not let a negligent attitude toward spiritual feeding leave you easy prey to his deceptive teachings. (Colossians 2:4-7) Follow the advice given to Timothy. Be a good student of “the holy writings” so that you can “continue in the things that you learned and were persuaded to believe.”—2 Timothy 3:13-15.”

Interestingly, “being a good student” through personal study and “spiritual feeding” is what many who have left the organization point to as the source of their doubts. Personally, that was the case for me.

My Experience With Doubt and Personal Study

Though I had been baptized for more than 20 years, I experienced renewed zeal after I attended the 2014 Regional Convention; the convention that first initiated the now widespread use of video presentations. One video in particular impacted me deeply.

After watching that video and listening to the other parts in the program, I gave in to the emotional manipulation and resolved to “do more in Jehovah’s service.” I stopped missing meetings for trivial reasons. I increased my service time by 200%. I also started to do more Bible reading and personal study of Jehovah’s Witness publications.

I had been diligent at studying in my teenage years; however I had never really carried out serious personal study during the age of the internet. One of the first things I researched was the doctrine of 1914 and how the organization arrives at that date. The date of Jerusalem’s destruction by Babylon is important to the doctrine of 1914, as it is used as the starting point for a series of calculations that arrive at the 1914 date. Suffice it to say, when I Googled, I specifically stayed away from so-called “apostate” websites, and stuck with secular and academic sources.

When I Googled “Destruction of Jerusalem,” I found that the overwhelming consensus among academics was that Nebuchadnezzar destroyed Jerusalem in 587 B.C.E. In fact, no one on earth, except for Jehovah’s Witnesses, believes that Jerusalem was destroyed in 607 B.C.E.

This made me uncomfortable, so I looked up more information in the Watchtower Online Library. The answers I found were lacking in evidence and filled with logical fallacies. The argumentation the organization offered basically boiled down to; “Trust the Bible more than you trust the historical and archaeological evidence these people have found.”

I was not reading Satanic propaganda. I was only examining the evidence.

It was an emotionally turbulent time for me. On the one hand, I had all the hard, verifiable evidence telling me one thing, and on the other I had the organization and my emotions wanting me to ignore that evidence and believe Watchtower teachings nonetheless.

There eventually came a tipping point, and I decided to rely on on the evidence.

Thus began my path out of Watchtower’s indoctrination, and towards true freedom of the mind.

If You Have Doubts 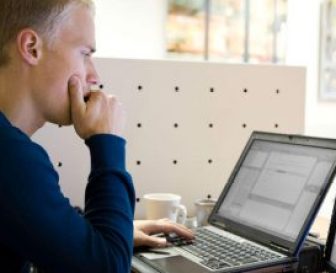 So, what if you are having doubts? What should you do?

Well, why not follow the advice of the organization from that same 2001 about doubts?

“A loving Christian is certainly ready to believe those who have proved trustworthy in the past. But God’s Word also warns against ‘putting faith in every word.’ (Proverbs 14:15)”

“Sometimes a person’s past record gives legitimate reason for doubt. “Although [the deceptive talker] makes his voice gracious,” the Bible warns, “do not believe in him.”—Proverbs 26:24, 25.”

Yes, let the organization’s past record speak for itself. Examine the facts and see if it does not give legitimate reason for doubt. The organization has extensive practice seasoning their words “with salt” – thereby making their words appear gracious. Are they being deceptive? Again, that is for you, the reader, to judge.

The apostle John also warns Christians against blind belief. “Do not believe every inspired expression,” he writes. Rather, “test the inspired expressions to see whether they originate with God.” (1 John 4:1) An “expression,” a teaching or opinion, might appear to emanate from God. But did it really come from him? Exercising some doubt, or suspending belief, can be a real protection because, as the apostle John says, “many deceivers have gone forth into the world.”—2 John 7.

Yes, heed this advice. The organization’s doctrines might appear to come from God or Holy Spirit, but is that really the case? Why not do what they suggest and exercise some doubt and suspend belief until you examine the evidence? 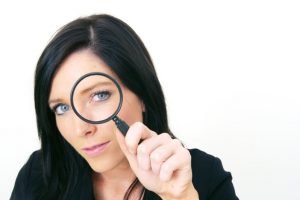 Here is a handy guide to identifying if an organization is a harmful high-control group; a recognised model developed by Steve Hassan, an expert in dealing with dangerous high-control organisations. Take this list, go through every part and video at the 2016 convention and compare with this list. What does the evidence show?

That, dear reader, is for you to decide yourself. 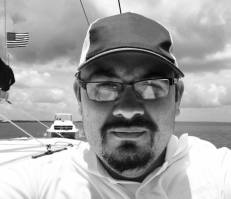 Editors note: Huge thanks to Sean for contributing this article. You can check out his YouTube channel here.

Here are a few of the videos waiting of you! 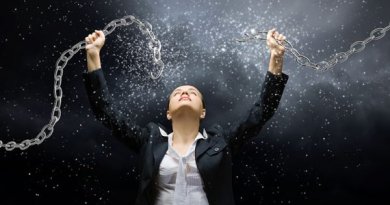 The Friday Column: Are you still in the cage? 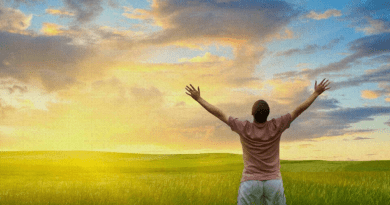 The Friday Column: Five ways my life has changed for the better since I left my religion The Friday Column: The Hitchhiker’s Guide to Paradise Earth

54 thoughts on “The Friday Column: Jehovah’s Witnesses and Doubts”