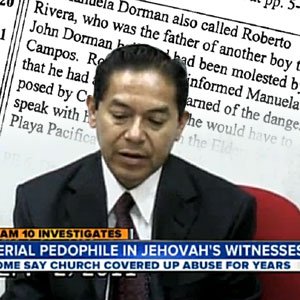 A few months ago, we reported on yet another in a long line of legal actions brought against the Watchtower Bible and Tract Society for its now infamous and heavily criticized methods of handling accusations of child abuse inside its organisation.

Journalist Dorian Hargrove reported in the San Diego Reader on the lawsuit brought by abuse survivor Osbaldo Padron against Watchtower due to their alleged mishandling of sexual abuse committed against him by infamous Jehovah’s Witness serial sex offender Gonzalo Campos.

Campos is already the focus of multiple lawsuits against Watchtower from other victims, including abuse survivor Jose Lopez.

In his original article, which we reported on and analysed here, Hargrove wrote that part of the case against Watchtower was that its mishandling of the abuse inflicted on Padron by Lopez fit a far larger pattern of such behaviour from the organisation: a systemic failure to confront child molestation accusations in an effective manner, and a deliberate policy of not bringing such accusations to the attention of the authorities.

It was alleged that documents held by Watchtower proved this accusation; documents that list tens of thousands of alleged Jehovah’s Witness child molesters that the religion has failed to report or act upon, but has instead simply filed away.

Watchtower has confirmed the existence of these documents, but when ordered to produce them by the court in March 2015, they have provided them in an extremely redacted form, rendering them essentially useless to Padron’s legal team.

Therefore in April 2016, Padron’s legal team made a motion for the judge to apply sanctions against Watchtower for each day it refused to hand over unredacted documents.

Today, in a new article, Hargrove reports that the Judge has upheld this motion.

Reports Hargrove (bold is mine):

In March 2015, the church turned over a heavily redacted version of the letter. Opposing attorneys called the redactions excessive, rendering the document illegible. Judge Strauss then assigned a discovery referee to sit with the two sides. But having a referee involved didn’t solve matters. Repeatedly, the Watchtower Society has stated that it will not comply with the order.

“By the time of the hearing on the motion for sanctions, it will have been over a year since the initial order and almost three months since the [referee’s recommendation] was adopted,” reads Strauss’s ruling. “In the period since…Watchtower has shown no effort or willingness to comply with the discovery order.

“Based upon the history in this case and Watchtower’s statements…the court finds that Watchtower’s failure to comply is willful…Watchtower clearly has control over the documents it has already produced and could revise the redactions with regard to those documents. This is obviously and clearly within the scope of Watchtower’s powers which it chooses not to exercise. Continuing to repeat its prior unsuccessful arguments in opposition to the discovery order further illustrates Watchtower’s obstinacy in compliance.”

Those of us familiar with Watchtowers conduct when faced with legal enquiries into its child abuse policies will not be surprised to hear words such as “obstinacy” or “wilful failure” used when describing their court tactics. The last few years have seen Governing Body members flee in panic from chances to give testimony in support of their organisation, as well as senior Watchtower officials caught telling outright lies under oath in regard to this matter. They have even been caught trying to delay trials with tactics described by the Judge in the matter as “bad faith” and “abusive.”

In her ruling, Judge Strauss has decided to bring Watchtower’s stalling over this matter to a painful halt.

But this is just the first step. According to Court Documents, the Judge has also ruled:

“The court sets a status conference for July 22, 2016 to hear from the parties whether the monetary sanctions have been effective.”

This means that, should Watchtower fail to provide the documents by this date, the Judge can apply further sanctions. The pain will go up and up, until Watchtower either complies or is possibly even forced to forfeit their defense, if the events of another trial involving serial abuse Gonzalo Campos are any guideline.

Watchtower might repeatedly tell its followers that reports of it mishandling of child abuse are apostate lies, and that it has nothing to hide, but one only has to look to Watchtower’s conduct in the courtroom to see a very different side to the organisation.

It is not a side many honest-hearted Jehovah’s Witnesses would be comfortable to see.

We will of course keep you updated on further developments, as it seems clear this story is far from over. Will Watchtower produce these damning documents? How bad will the legal sanctions turn out to be? 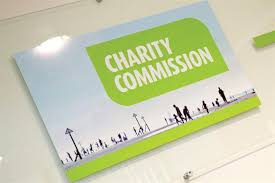 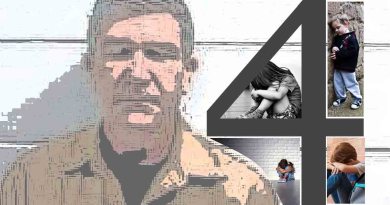 164 thoughts on “News Bulletin: Watchtower Found in Contempt of Court – Hit with $4000 Fine Per Day Until It Complies With Court Order”