It wasn’t easy as a creative child growing up in a devout Jehovah’s Witness household. My early dreams of becoming an artist were squashed by the future forced upon me. According to my indoctrination the only real career outlet for young Witnesses was working for the Watchtower. And I had little interest in going to headquarters to paint scenes of a paradise earth for the rest of my life. I preferred giant robots.

As a child, I came to learn of popular artist Margaret Keane through her life-story, as printed in an old issue of Awake! (My Life As An Artist, July 8,1975, Awake!) It was captivating to read of a JW with a successful art career outside the walls of Brooklyn Bethel. Of course by the time she joined the sect, her worldwide fame as an artist was already well toward establishment. How she got there is a fascinating story that became the basis of Big Eyes, a 2014 film by Tim Burton.

In the 1960’s, Margaret’s husband, Walter, took the pop-art world by storm with a series of paintings of waifs with large, haunted eyes. These big-eyes became a cultural phenomenon through Keane’s savvy merchandising, leading to wealth and fame. The only problem was that he didn’t paint any of them. The actual artist was his wife Margaret, who slaved away in secret producing hundreds of big-eyed waifs.

Burton’s film captures the soul-crushing nature of the art fraud. It’s difficult to watch as the painter squanders her talent to fulfill the egotistical dreams of her husband. Margaret was unable to share her art with even her daughter. Friends were driven away lest they discover the scam.

Hope enters the film when Margaret, played by Amy Adams, and her daughter Jane escape to Hawaii. “It’s a paradise there,” Margaret tells Jane. It’s somewhat of a premonition that sets up a major turn. There, two smiling JW sisters greet her with bright blue Truth books. As Margaret describes in her Awake! account, “one knock on my door would drastically change my life.”

It’s one of Hollywood’s better-written Watchtower presentations. Usually movies get it wrong with Witnesses rattling on about the savior Jesus, flashing literature with crosses, or condemning people to hell. In the film, a Japanese woman in a floral print dress smiles and begins a pitch. “We have something to share with you about the wonderful things that God’s kingdom will do for mankind.” When Margaret mentions that she didn’t see much good in the world, the JW opens to 1 Timothy 3:1-5. “In the last days critical times hard to deal with will be here, for men will be lovers of themselves…” Those who have participated in the JW door-to-door ministry could probably take it from there without missing a beat.

Margaret is swayed by the Bible passage that seems to describe her manipulative husband to the letter. The painter hesitantly invites the women in. She is later shown reading the Truth book to her teenage daughter. “I just can’t believe you let people in the house,” quips the girl. Walter later wonders about his wife’s mental state in joining a group of “zealots” that wouldn’t let the girl go to the prom.

In the Awake! account Margaret describes her conversion in different terms. Raised a Methodist, she floated through a variety of Christian sects and dabbled in esoteric practices like astrology and numerology. When the JW’s knocked, she was learning about the Seventh Day Adventists but wondered about their teachings on the Sabbath. Margaret liked the Witnesses views on the matter, and she was baptized with her daughter in 1972.

Margaret and Jane were two of many that joined the religion in the period leading up to the failed 1975 end-of-the-world prediction. The Truth book that Margaret studied stated, “in fifteen years from today, this world is going to be too dangerous to live in.” (This quote was removed in the 1981 edition)

In the movie, Margaret embraces her new JW friends and decides to come clean about the painting scam. A humorous moment occurs when her daughter asks their new JW community, “What does Jehovah think about suing?”

The painter’s revelation leads into a humorous courtroom showdown between Margaret and Walter, in order to prove the real painter. During the trial, Walter acts as his own lawyer in an outrageous display of buffoonery. Actor Christoph Waltz’s performance has been criticized as campy and over-the-top. In reality it is toned-down from the actual transcripts. At one point the judge threatened to duct tape the man’s mouth shut. In a test worthy of the Biblical King Solomon, the judge calls for a paint off. (If only problems in the congregation could be settled in such a manner.)

The film ends with Margaret being vindicated (or is it sanctified?) as the true producer of the big eyes enterprise. She moves back to Hawaii and continues to paint. While the film ends here, in real-life her art takes a turn. The waifs lose theirs tears and are posed in saturated paradises with pet lions and tigers. If it weren’t for the over-sized eyes, it would be easy to mistake her work for Watchtower propaganda. One such painting was gifted and displayed at the Hawaiian Bethel.

When looking at her work it is easy to envision how external forces shaped her work. The saddened waifs seem to mirror her feelings while under the artistic oppression of her husband. The Watchtoweresque paradises serve as a proselytism tool. (I have to wonder if she cleverly used painting to fulfill the religion’s monthly ministry quota.)

In the Awake!, Margaret credits the religion for breaking her addiction to painting, increasing sales, and bestowing artistic superpowers. She says:

Another change has been that I spend only about a fourth of the time I formerly spent painting, and yet, amazingly, I accomplish almost the same amount of work. Too, sales and comments indicate that the paintings are getting even better. Painting used to be almost an obsession with me. I was driven to paint because it was my therapy, escape and relaxation—my life completely revolved around it. I still enjoy it immensely, but the addiction to it and dependency on it are gone. Since my growing in knowledge of Jehovah, the Source of all creativity, it is no wonder that the quality of my paintings has increased as the time of execution has decreased.

At 87, the artist remains active in her faith. In promotional junkets for the film, Margaret was photographed with a blue JW.ORG lapel pin. It has become the latest fashion accessory for devout JW’s to advertise their religion while on the go, and now the red carpet.

Since leaving the Jehovah’s Witness organization, I’ve finally been able to get back to art, first as a writer and now as a comic book creator. I can’t draw very well, but as a comic colorist I know how to stay between the lines. I’m no Margaret Keane, but I’m better than her ex-husband ever was.

I’ll be guesting (with Stache Publishing) at Midsouthcon 33; Memphis, TN, USA, March 20th -22nd. If you are planning on attending, stop by and say hello.

Anthony Mathenia is a journalist, novelist, and comic book creator. He has one published novel Paradise Earth: Day Zero.  Happiness, Next Exit, a JW romance, will be released later in 2015. His comic Pretty Face can be read at www.prettyfacecomic.com. 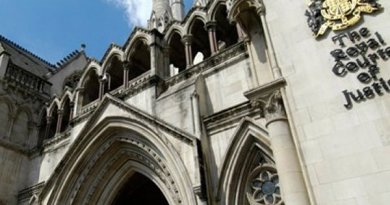 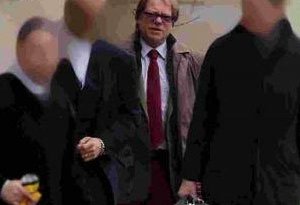 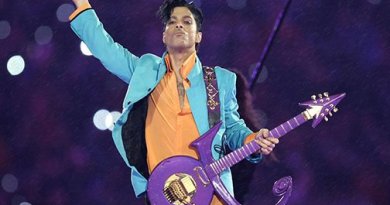