“You are eating dinosaur.”

I was sitting next to a Palaeontologist in a chicken restaurant.

“Look at the scales on the chicken’s leg, pure dinosaur. Did you know T.Rex had feathers?” asked Prof. Octávio Mateus, from the University of Nova de Lisboa.

He had been invited to speak to a regional Archeological group, in the Algarve, Portugal, about his life’s work. Professor Mateus had traveled the world to excavate the ancient extinct creatures that have captured our imaginations for over a hundred years: Dinosaurs.

I must admit, my knowledge of dinosaurs is quite limited. I have watched Jurassic Park, I know that children love dinosaurs, but my own childhood dinosaur memory is the front inside page of the green New World Translation of the Bible. The map of the world on the inside cover had a drawing of a dinosaur (not to scale) placed firmly in Africa. (Portugal is part of Tarshish on the map.) So what could an ex JW who knows very little about dinosaurs ask an internationally respected Palaeontologist? You got it!

“So err, were all the dinosaurs wiped out in a huge world-wide flood, you know, like the Bible says?”

“No,” he replied, “It was not one event that produced extinction but a process over millions of years. In the Algarve, it is was volcanic action and possible meteor strikes, but not a flood.”

I explained why I asked the question and how one particular organisation is certain that dinosaurs were wiped out in a global flood. I also told him I was looking forward to his presentation that would follow after lunch.

The man born in a dinosaur nest

Prof. Octávio Mateus is an engaging, funny, enthusiastic teacher. I say teacher, not only because some of his students were in the audience, but because of how much I learned in the hour or so he spoke with the archeological club.

The Professor likes to say of himself “I was born in a dinosaur nest.” When one knows of the Professor’s history, his meaning becomes clear. Archeology is in his genes; his parents researched the Lourinhã Formation, a rich source of Portuguese fossils and dinosaur eggs.

About 210 million years ago, this beast swam and walked across the land very near to where I was sitting.

The research that uncovered Metoposaurus algarvensis was led by the University of Edinburgh in Scotland, with the collaboration of other institutions including the New University of Lisbon, the Lourinhã Museum Portugal and the universities of Edinburgh, Birmingham and the Museum of Natural History in Paris.

The results were written up in the Journal of Vertebrate Palaeontology and published in March 2015.

Images of remains found in the Algarve excavation were displayed on the screen. They looked like two brown bumpy toilet seats. Paleoantologists believe that Metoposaurus algarvensis ate fish and became extinct due to volcanic eruptions and increasing lack of access to lakes and other bodies of water. The recent dig in 2014 found nine specimens of this kind of dinosaur in a four square metre area. The quantity and quality of this find bode well for even greater discoveries when the team return for a future dig.

While Prof. Mateus was presenting, I had some flashbacks of images. I recalled the Photo-Drama of Creation. I remembered images of the ark with dying dinosaurs.

In the week after Prof. Mateus’ talk, I Googled around some of the issues he raised with some questions. I discovered, joy upon joy, that at the same time as the 1914 Photo-drama of creation was wowing and converting, “Gertie, the Dinosaur,” was produced as one of the first animated films.

The early  Bible Students / Russellites peddled a teaching in 1914 in the Photo-Drama of Creation, “that each of the Seven Days of the Creative Week was a period of seven thousand years. This, seven times seven thousand, equals forty-nine thousand (7×7,000=49,000) years, ushering in a grand Jubilee Epoch.”

Dinosaurs: What does Watchtower think?

The Photo-Drama of Creation was an early example of a multi-media presentation; combining as it did moving pictures, full colour slides and audio. It stands to this day as an impressive technological achievement for its era, but is also notable for being, shall we say, a less-than-scientifically-accurate account of the field in which Prof. Octávio Mateus has become such an expert.

In fact, scientifically speaking, it was a mess, peddling as it did Russell’s teaching “that each of the Seven Days of the Creative Week was a period of seven thousand years. This, seven times seven thousand, equals forty-nine thousand (7×7,000=49,000) years, ushering in a grand Jubilee Epoch.”

Russell’s teaching put the age of the Earth at less than 49,000 years old, and thus radically shifted the age when the dinosaurs had roamed the Earth from hundreds of millions of years ago, to just a few thousand.

The Brooklyn Eagle newspaper said at the time that Pastor Russell’s “Advertising methods had already attracted a good deal of attention to himself, and while many referred to him as “the crank preacher of Allegheny,” his unusual lectures and effective publicity methods drew good-sized crowds to his Bible House on Arch Street.”

Russell told the audience who came to watch the photo-drama that, “these Christians were fortified against the creeping infidelity of the modernist movements.” Early converts lapped up Russell’s chronology and the “seven days” continued to be 49,000 literal years right up till fairly recently.

Fellow Friday columnists, John and Jane Redwood sent me the text from the 1975 Awake, where Witnesses were assured of certain “facts.”

In 1982, I was already on my way out of the Watchtower religion. Yet I carried with me the instilled teaching of 7,000 year creative days and of 6,000 years of man’s existence. Of course over the years, those beliefs have been eroded. I think I may have caught a rerun of “When dinosaurs roamed the Earth” on the Discovery Channel.

But I wonder what old time JW’s make of the time scales and the changes in teaching?

In recent years they have become very vague on the subject, seemingly unwilling to engage with the question of the age of the dinosaurs, but tacitly appearing to admit that their age was far greater than had previously been stated.

Now, it’s true to state that Watchtower is not the only organisation contesting the accepted scientific view of the age of this planet, and of the flora and fauna that have existed upon it. Today, many other religions and groups raise similar objections to the findings of these scientists

But Watchtower is notorious for demanding extreme actions from its followers that these other organisations mostly do not, such as the denial of life saving treatment, the forgoing of higher eduction, and the covering up of child abuse. On top of this, it demands that its followers never question any of its teachings on pain of shunning. An organisation demanding that amount of blind loyalty needs to have a flawless track record in the accuracy of its teachings to maintain any credibility at all.

Dinosaurs: What does an expert think?

I sent the quote from the 1975 Awake and the image from the 1982 Creation book to Prof. Octávio Mateus and asked if he would be willing to comment in reference to this teaching.

“The image and text attached is misleading because it mixes facts and leads to wrong conclusions. Most, but not all, sedimentary rocks are deposited as sand, silt, mud, gravel or clay transported by water or carbonated precipitated in the ocean. Less common, the sediments are transported by wind. Therefore, most fossils are indeed remains of animals covered by sediments being water-transported by river, lakes, or seas. However, this does not mean there was any flood.

Moreover, in the case of desert animals, fossil-bearing sedimented were wind-transported. In those cases, the death and fossilisation did not involve any water. Stratigraphy shows that fossils are a natural consequence of animals being covered by sediment and petrified during the course of millions of years. We have an enormous amount of evidence showing that earth is billions of years old.”

Watchtower would probably say, “well yes, we now admit the earth is older than 42,000 years and counting. It is just man that has been around for 6,000 years.”

Yet this is not the point.

The point is: When Watchtower finally admitted that the Earth was far older than 42,000 years old, this was not as a result of divine revelation, or some deeper understanding of the scriptural text. It was as a direct result of the scientific evidence being so overwhelming that Watchtower had to back down.

The God of the bible did not enlighten them. The science of the world proved them wrong.

That should tell you something.

Live Science.com article on Professor Octávio Mateus and his team uncovering the remains of Metoposaurus algarvensis.

Dinosaurs – What do Jehovah’s Witnesses believe? 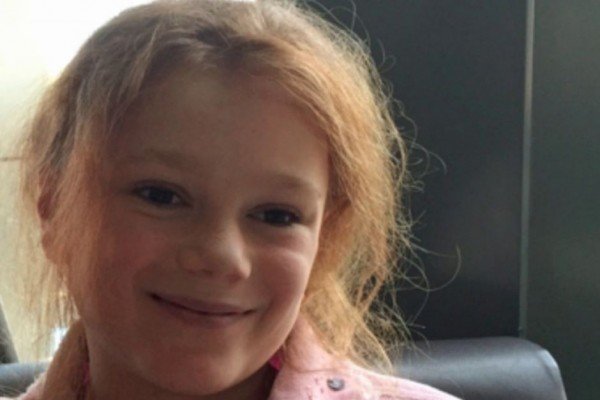 172 thoughts on “The Friday Column: Watchtower and Dinosaurs”